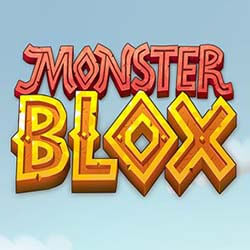 Yggdrasil are teasing an all-new online pokie due for release later this year. Developed in partnership with independent studio Peter & Sons, Monster Blox promises to bring oodles of entertainment and ways to win to players from all over the regulated iGaming world, and in true Yggdrasil high-quality style.

Exciting news also is that the latest creation from Yggdrasil will feature the iGaming titan’s home grown Gigablox gaming engine – which is known for massive size symbols and the potential for bagging huge sums of cash. And since bets start out at only NZ$0.20 for a spin of the reels, nobody needs feel left out. There’s a bet and an experience for everyone with Yggdrasil.

Monster Blox pokie will set the scene for the online gaming action on a game area 6×4 large. Special features are to include a Free Spins bonus round, Wilds, Multipliers, and the potential to bag a top Jackpot of 7,485x the player’s stake.

The magic of the Gigablox system is the ability to land super-sized symbols across the middle four reels. These count as more than one symbol and as such, typically form winning combinations galore.

The Scatter symbol is the trigger for unlocking the Free Spins feature, and is represented by the game’s signature name logo. Landing 3 or more anywhere on the reels from a single spin will instantly activate the free games feature.

Symbols featured will include a Wizard, several Monsters, and a suite of royals.