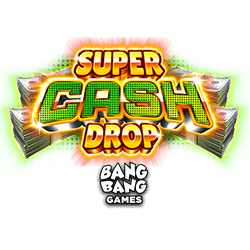 The game will be played on 6 reels and with paylines ranging between 178 and 502 at any given time. Bonus features boosting the Gigablox mechanic will include a Super Free Spins round, a Super Stretch Wild, Scatters, Wilds, and a Super Reel Expand mechanic.

There’s also an amazing top Jackpot to play for – and one that could see players walk away with up to 7,024x the value of their bet.

The Gigablox mechanic is a definite plus and involves 2or more adjacent reels syncing together at random moments and showing mega-sized symbols. Symbols can expand all the way up to 4×4 positions large when boosted by the mechanic.

The Cash Wild is another top bonus symbol and serves a dual function. Not only will it form high-paying combos by itself, but it will also act as substitutes for completing regular combinations on the reels.

There’s also a Super Free Spins feature to look out for. Triggering the feature will require of the player to land 3 or more Bonus Vault Scatters during a single game-round.

Yggdrasil have gone all out in creating theme and engagement, with symbols including everything one might expect to find in a big-money cash vault. On display are Silver Coins, Dollar Signs, Piggy Banks, Wallets, and Gold Bars.