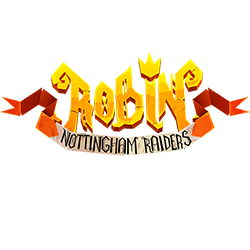 As part of their mission to deliver superior online pokies, Yggdrasil Gaming has partnered with YG Masters franchisee Peter & Sons. This comes after recent partnerships with 4ThePlayer and ReelPlay to release two exciting new games. Robin Nottingham Raiders has officially been launched and promises to provide a true Robin Hood-inspired experience as pokies players seek to steal from the rich.

This will be Yggdrasil Gaming’s second game featuring the legendary hero Robin Hood along with his merry men – stealing from the rich and giving to the poor. The game takes players on an adventure into the forest as they channel their inner outlaw as they do what Robin Hood does best, take from the rich.

The game takes place on a 5×4 grid and offers wins of up to 121,500x the wager. It also features 12 symbols consisting of familiar characters and including one of the legend himself. For players to trigger the maximum win, they need to enter the complimentary spins mode designed to keep everyone on the edge of their seats. This can be activated by landing three or more scatter symbols, which then triggers 15 honorary spins.

Wilds can also appear in this feature to create new winning combinations. To increase the odds of winning, this feature allows the wilds to move to new spots on the reel to improve their chances of winning.

A thrilling adventure awaits players as they take on the Robin Hood inspired pokie and take on the task of looting from the rich and corrupt members of society.