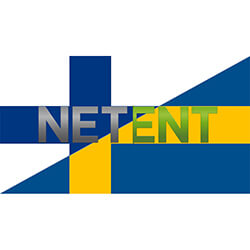 Casino content supplier NetEnt has seen a drop in revenue of 10% year-on-year in the third quarter of 2019. Chief Executive Officer Therese Hillman has said that the reason for this decrease is mainly as a result of weak developments in the Swedish market.

Their Q3 revenue was just over SEK440 million. After adjustments were made for their acquisition of Red Tiger, a leading casino game developer with offices in Bulgaria, the Isle of Man, and Malta, and currency changes, profit has fallen by 10% compared to the results in the same quarter in 2018.

Hillman said that the primary reason for the lower income can be attributed to the continuing feeble development in the Swedish market. Sweden  accounted for 7% of the decrease, but Norway and the United Kingdom have also had a negative impact.

Earnings Before Interest, Taxes, Depreciation, and Amortization fell by roughly 15% compared to Q3 2018, to just under SEK200 million. Profit after tax was almost SEK97 million in the same three-month period. This is a far more drastic fall of 60%. Red Tiger got consolidated in September and supplied SEK30 million to NetEnt profits, SEK20 million to EBITDA, and Earnings Before Interest and Tax of almost SEK20 million.

Hillman released a statement stating that the most significant event for NetEnt’s 2019 Q3 was the Red Tiger acquisition. She said that the two organisations suit each other very well in terms of both their product offerings and their geography.