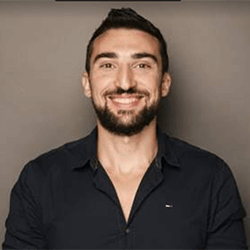 Online casino operator Videoslots has announced the appointment of David Cutajar as the new Chief Financial Officer for the company.

Cutajar initially joined the Malta-based operator two years ago in 2016, where he worked as the Head of Finance, and his actions have seen a doubling of the employees in his department since he started.

Talking about the new role for Cutajar, Videoslots CEO Alexander Stevendahl told reporters that the appointment of David Cutajar as their new Chief Financial Officer is one that they were all delighted about – thanks to his previous role as Head of Finance – which makes him the perfect choice for the new position.

HE added that Cutajar has many years of experience, and has earned high esteem from his colleagues and everyone who works with him, and that they are excited to be moving forward with Cutajar at the head of finances for the firm.

Speaking of his new role, Cutajar stated that working at Videoslots has been both exciting and rewarding for him since the first day he began work, and that he was delighted to be taking on the new role as the new year gets rolling. Cutajar has previous won the “WOW Award” at the Videoslots Awards for his work with the operator; highlighting the contributions he’s made since. His understanding of their finances and their product has reportedly been greatly beneficial for Videoslots, an operator that has received numerous awards over the years for their robust compliance procedures.