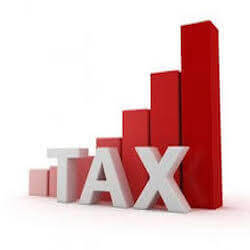 Online operators who are working in Victoria could soon be staring down the barrel of a 15% tax hike. This tax is a Point of Consumption tax designed to collect tax revenue from operators who are based in other tax bases and have been shirking taxes on funds generated in Australia. South Australia has introduced a similar tax measure called a Remote Gambling Tax, based on the same principles.

Now bookmakers have apparently started lobbying against this proposed tax increase as they fear for their profitability. International operators have operated under licences form Australia’s Northern Territory in the country. It has long been an issue that operators are not paying taxes in the states they are operating from so this new tax is expected to plug a gap in the status quo.

Operators claim they have paid their fair due through other taxes and fees while operating in Australia. The Responsible Wagering Group say that international operators have provided A$127 million in wages for their local employees and A$90 million in funds to the state racing industry in the form of sponsorships.

The proponents of the new 15% tax increase say that this would level the playing field for all operators in the country both locally and internationally, as currently local operators are paying much higher taxes.

There is a big fear that operators cannot afford this tax hike, but other regions like the UK where a similar 15% Point of Consumption Tax was levied, operators only took a minor knock in their personal profitability. Revenues still remained solid and strong.

On a more positive note, Victoria’s parliament extended the rightful gambling licences of poker machines until 2042. While some politicians opposed the bill, citing the recent investigation into Crown casino which still remains fruitless, it easily passed the upper house of parliament this week.

The news was met with great fanfare from the Alliance for Gambling Reform who has been fighting for this bill since it was first proposed. This bill will secure A$ 70 billion in revenue for operators over the next few years.

While the bill certainly guarantees the right of pokie machines to be operated across the state, it will also put a limit on the amount of machines allowed to operate, with the total number of machines set to be lowered overall. The Green Party is the main opponent of the extension plans. They are still pushing to remove pokie machines all together from the state but unfortunately they do not have much support to work with.