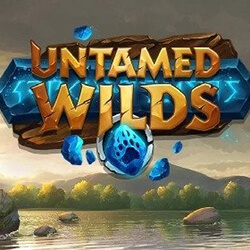 Untamed Wilds is the latest release from Yggdrasil Gaming, which is set to release at the beginning of July this year. The wildlife-themed pokie will take players to the Northern areas of Europe, where much of the focus will be on the Northern Lights. The game will be offered on all devices, including mobile and desktop.

Using a common layout, the game takes place across 5 reels and 20 paylines, and there will be a number of gameplay bonuses as part of the game. Some of these features include multipliers that go as high as 10x, duplicating wilds, regular wilds, three different game mods, and free spins. The top reward from the game promises players a possible 2500x the stake.

Untamed Wilds sets itself apart thanks to its unique three game modes mechanic, each offering a different wild feature. These are represented as the Moose, the Bear, and the Wolf, and players will be able to make use of these features for ten rounds each.

The Bear mode sees the expanding Bear Wilds enter the game, which occupy the reels in a cross shaped pattern that can result in new winds. The Moose Mode offers Moose Wilds, and each have multipliers that are chosen at random, with the highest combination being as high as 10x. Wolf Mode introduces Duplicate Wilds as Wolf Wilds, where the wild is able to duplicate across the reels into different positions. Three landed scatters will provide the player with up to 30 free spins.