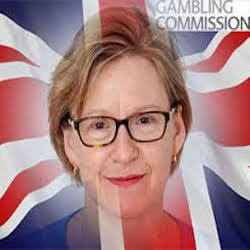 The UK Gambling Commission announced the surprise resignation of Sarah Harrison, the former Chief Executive at the UKGC. She will remain in her current position until February next year. She will be moving into the government department of Business, Energy and Industrial Strategy.

Boll Moyes, current chairman of the UKGC said that they have an ambitious agenda set for the organisation to be implemented in the next three years and Sarah has played a key role in helping create and deliver that strategy.

Sarah in turn said that she knows the UKGC’s future strategy will help create a safer and more reliable market for all of UK’s gamblers. The UKGC is currently looking for a replacement for Sarah and in the interim Neil MacArthur the current chief council and executive director of the UKGC will be filling Sarah’s role until a new CEO can be appointed.

The UKGC has had a very busy year, in part dealing with the fallout from Sunday Times report on the gambling industry and the rise of underage gambling in the UK. Some fresh blood may be useful for the UKGC to take a fresh new approach to gambling regulation.

Meanwhile at the Senet Group, another UK gambling oversight body, the company has said goodbye to their Chairperson Wanda Goldwag. She will be stepping down from her role by the end of 2017 after which she will be moving to the Royal Free Group as a director.

This marks the end of Goldwag’s three year term in her role as chairman. She will be temporarily replaced by the current group director Gillian Wilmot. The Senet Group heaped praise on Goldwag in a press release following the announcement.  They emphasised her role in helping spread awareness of the Senet Group’s “When the fun stops” campaign.

Surveys and polls have shown that 80% of UK gamers are aware of the campaign and it has helped millions be more aware of their gambling behaviour. They did reiterate that more can still and needs to still be done.

The group also said they will be placing more focus on online gaming as well as work more closely with industry stakeholders to achieve their strategy. The Senet Group, along with the UKGC received criticism and pressure following the revelations of the child gambling figures in the UK following the Sunday Times report.