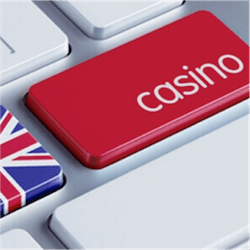 The recent furor that has occurred in the UK gaming industry has left developers and operators a bit confused. Recent media reports and investigations have rather haphazardly concluded that operators are targeting children in their marketing by making use of animated protagonists or children’s story characters in games.

Sports betting has also come under fire after a BBC report claimed that there is too much betting advertising in televised sporting events which could potentially influence or affect children. These allegations have not yet been proven but the UK Gambling Commission and the Advertising Standards Authority, amongst others, have requested that operators amend their advertising campaigns to meet new standards set out by these two bodies.

This news has left Big Time Gaming a little worried with the release of their pokie titled White Rabbit. It is based on the story of Alice in Wonderland and unfortunately features a great big white rabbit as the pokie protagonist. In response to the new oppressive atmosphere, the company has gone to great pains to advertise the pokie as an adult themed experience, which to most people simply makes it sound lewd.

It was also announced this week that online casino operator Mr Green will start sponsoring Celtic FC. This deal will have Mr Green sponsor the club who plays in the Scottish Premiership for two years. In return Mr Green will get exclusive marketing rights along with extensive signage on the team’s home ground. In addition to this, the casino will also be able to offer tickets and other exclusives to their members. They have also gotten rights to produce a team themed pokie.

This announcement is certain to raise ire amongst gaming opponents in the UK. Last week’s report by the BBC on gambling advertising in sports will clash head on with this new marketing decision by Celtic FC and Mr Green. It won’t change the fact however that Mr Green will be providing much needed funds to the sports team which will provide an enriching experience for both the fans and the players.

Even though official regulations or legislations have yet to be implemented, it seems the entire UK gaming industry will be watching their step and attempting to fully comply with the new conventions and standards. It speaks volumes to the excellent state that the well-regulated UK industry is in, but at the same time it is a shame that things have become so draconian.