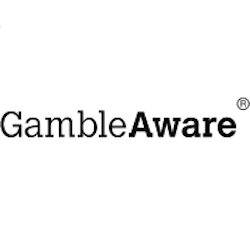 In a landmark agreement, UK’s land based casinos have committed to funding the GambleAware program. This is a completely voluntary process but all land-based operator have given their support. The commitment is towards a 0.1% donation of their Gross Gaming Yield every year.

A Win For All Involved

This will mean that with GambleAware receiving its own funding, more money can be spent by the National Casino Forum on charities, harm prevention and education. On top of this land based casinos have also implemented a more transparent payment system, which will potentially drive more voluntary donations by operators.

This is an excellent response from land-based casinos after there were some shocking reports released earlier in the year on the state of underage gambling on the UK. The industry has committed itself to preventing harm to minors and vulnerable individuals.

It has been very heartening to both the public and gambling stakeholders that everyone in the industry has pulled together to find solutions to problems rather than pointing fingers and laying blame like in many other gambling markets across the globe.

In a surprising move the UK’s Department of Digital, Culture, Media and Sports have announced that third party access to the EuroMillions lottery will no longer be available, so UK lotto fans cannot play anymore.

There had previously been a legal loophole that allows punters to take part in the EuroMillions despite being based in the UK. UK lotteries however took exception to this as they naturally lost business. It was also a big concern that this lost revenue would negatively affect their charitable donations.

Lottoland CEO Nigel Birell however did not agree with the ruling, as it would mean lost revenue for them. Birell said that the DDCMS said that they would base their ruling on facts and he feels there has been no evidence of harm caused to local lotteries and their revenues.

The DDCMS however said that UK citizens wagering on the EuroMillions contravenes the spirit and the intention of section 95 of the UK Gambling Act and as such no operator should be permitted to offer European lottery access.