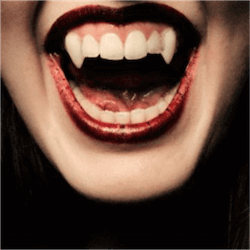 Humanity’s fascination with the undead continues into 2018 with two new vampire themed pokies going online thanks to the developers at Wazdan and Playtech.

Dracula’s Castle and Vampire Princess of Darkness are both very similar titles and both feature a dark yet unique graphical style that will endear both games to fans of the darker side of fantasy.

Wazdan have entered 2018 with a mission to up their pokie output with more quality titles. Dracula’s Castle may have a unique graphical style but the features may be a bit limited for regular pokie players. It features only 5 paylines and a single bonus game.

Players also can look forward to Dracula who serves as a stacked wild here. There is also the bloodiest gamble feature ever. Other than the pick me bonus game and the gamble feature, there aren’t many other ways to win big in Dracula’s Castle, especially with the relatively low maximum wager of 100.

While Dracula’s Castle is exciting to play and it is great fun for pokie fans who are tired of the current selection of vampire themed games, it still does not deliver on enough fronts to make it a standout game in Wazdan’s catalogue.

The Vampire Princess Of Darkness Pokie

While Playtech’s effort, Vampire Princess of Darkness, also only has a limited selection of special features, it does feature a higher RTP and a debatably superior graphical style. The single bonus game here is a pick me style game where you must uncover prizes behind headstones. The Vampire Princess is also the in game wild icon.

Just like with Dracula’s Castle players have 5 paylines to activate here across a 5×3 reel. Players can wager up to 500 per spin here while the wager limit in Dracula’s Castle is 100. Both of these pokies are great fun to play and it comes down to personal preference which one works for you. As with any game it is always best to give them both a go first and see which one feels right for you.

Overall Playtech’s Vampire Princess has a bit more polish to it, which should come as no surprise as they are the bigger developer. Additionally it would have been nice to see Wazdan add more features to Dracula’s Castle simply to make the title more competitive in the cramped pokie market.