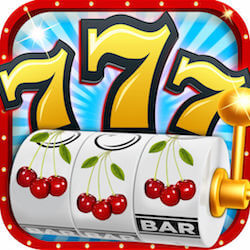 Two massive jackpots have been awarded to online gamers this week. First off was the Mega Fortune Dreams Mega Jackpot valued at €3,223,924. This marks the 20th time that this massive progressive jackpot has been awarded since 2014. This payout is actually below average for the online pokie. It has paid out on average every 8 weeks, with the average payout being around €3,7 million.

The biggest payout from the Mega Fortunes Dreams progressive was €5,505,845 which actually paid out this year, in July. So far not much detail has been revealed about the winner but it is certainly a continuation of the amazing amount of rewards that has been given by this great pokie.

Mega Fortune Dreams is a NetEnt game and is the sequel to Mega Fortune. It has been a big hit for NetEnt casinos. To land the progressive jackpot is quite a task in itself. Players need to navigate a 3-tiered jackpot system based on a Wheel of Fortune style bonus round. This is different from other progressive jackpot pokies since players actually need to win the jackpot. Many other pokies simply randomly award massive payouts.

On the very same day that one lucky player walked off with over €3 million, another player won $793,003 on the Age of the Gods Ultimate Power Jackpot. This was the 53rd time the jackpot has been won but one of the first times it was won on Age of the Gods.

This is because this jackpot was previously being played under the Marvel Ultimate Jackpot moniker. This was changed after Disney, who owns Marvel, pulled all associations with online gambling. This was an above average payout for this jackpot, which averages around $681,522 per win.

The biggest payout recorded on this progressive jackpot was $1,365,801 paid out all the way back in 2011. Unlike the Mega Fortune Dreams jackpot, this prize is awarded randomly.

Age Of The Gods Pokie

Age of the Gods is a great replacement of the Marvel pokies. It is a fun and engaging pokie with great bonus features.  It has a Free Spins bonus game that can award one of 4 special features.

You get a standard amount of 9 free spins during all 4 features. The features are determined by which of the 4 gods activates them. Athena will provide an up to 5x win multiplier.

Zeus will give you a 1x multiplier every 3 spins with a sticky wild on the centre reel. Poseidon adds up to 5 extra wilds on the reels on each spin while Hercules adds stacked wilds to the reels.