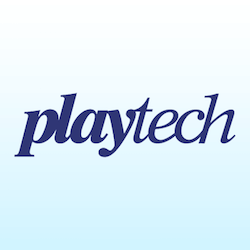 A game well worth trying out this month is casino games giant Playtech’s brand new Rainbow Gifts pokie, which has been released as part of the award-winning developer’s Gem Splash series of games.

Very much unlike a typical predominantly green Irish-themed pokie, Playtech’s version of Irish luck is a stunning array of wild and wonderful colours. But that’s not all, because also unlike most other Irish luck-themed pokies, Playtech’s latest big-brand creation features an impressive total of three progressive jackpots – Grand, Major, and Minor.

As far as special feature symbols go, the Gem Splash symbol has got to be the highlight. Fashioned out of shades of green, this special bonus symbol, when landed, can randomly transform itself into a bonus Gem Drop symbol. Combined with a Purple Gem Drop, the green Gem Splash logo symbol will instantly trigger special Gem Drop bonus feature.

More good news is that there’s furthermore included a potentially money-making Free Spins feature. Triggered by landing anywhere between 3 and 5 bonus Pot of Gold Scatter symbols on the reels, the Rainbow Gifts Free Spins game is made up of 8 free games as well as the potential to win up to 50x the player’s base-game bet.

Though not a typical Irish-themed pokie, players do get to feast their eyes on the luscious green rolling hills of beautiful Ireland in the background. The rainbow that can be seen adorning the screen adds to the game a wonderful burst of colour.

Symbols include the Gem Splash logo symbol, Pot of Gold bonus Scatter, a mischievous-looking Leprechaun, some Horseshoes, Irish Pipes, and even a Harp.