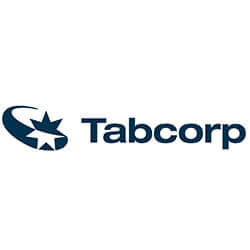 Tabcorp UK Limited has come under heavy criticism for an incident that is now being referred to as Piegate. The name might be funny, but the circumstances around the incident are less than amusing. In what many saw as a completely bizarre stunt, Tabcorp offered a novelty bet, the circumstances of which were strange, to say the least.

Trading as Sunbets, Tabcorp arranged a novelty bet that Sutton United goalkeeper, Wayne Shaw, would eat a pie. The bet applied to the Sutton United match against Arsenal, during the FA Cup back in February 2017. The odds of such a thing occurring seemed slim, especially given the provided odds of 8/1. But, against all expectations, Shaw was seen eating a pie on the bench.

Alarms immediately raised, and fans across the world raised their eyebrows in suspicion. It seemed all but obvious that Shaw had colluded with Tabcorp to intentionally alter the outcomes of a bet. After an investigation the UKGC, United Kingdom Gambling Commission, agreed with the sentiment.

Tabcorp was handed a fine of £84,000, while Shaw was likewise handed a fine, but his only £375. Shaw was, however, banned from playing for a period of two months. Many have suggested that the fines were far too lenient, given how serious the implications of Tabcorp willing to bend the rules as they see fit. Either way, future novelty bets from Tabcorp will likely be looked on differently in the future, especially if they involve things as strange as pie eating.