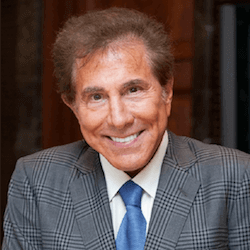 It was announced last week that Steve Wynn will not receive any golden handshakes after he stepped down as head of the Wynn Group last month. This follows allegations of sexual misconduct. Wynn at first called the allegations plots by his ex wife but he has since signed a termination agreement, filed with the SEC. Wynn will not receive any form of severance or compensation pay for leaving his position.

For now Wynn must leave his apartment in Las Vegas, but he retains his personal stake in the company which he says he is not planning to sell.  The formality of the termination agreement is said to be so that other lawsuits against Wynn do not impact the Wynn Group in any way financially. Many commentators have also inferred that this means the casino knows about more possible allegations emerging in the future.

Meanwhile rival group MGM have seen a massive 5% jump in their revenues for the 4th quarter of 2017. It shouldn’t be seen as a ray of hope, rather diverse business ventures working together to mask what is a marked decline in land based revenues. In the 4th quarter MGM saw a 2% drop in their domestic, US resort revenues. This could more than likely be as a result of the mass shooting at a MGM hotel in Las Vegas last year that made headlines across the world.

The year n year revenues did not take too much of a knock as MGM still reported a 1% increase in revenues, not ideal but not nothing. What also gave the company a massive $1.4 billion credit was the wide reaching tax reforms instigated by the Trump administration.

The company also saw a truly massive knock from their Asian operations with MGM China’s operating income dropping by 40%. That said Asian incomes can be boosted by the new MGM Cotai development that has just opened its doors to gamblers in Macau. It stands out as the most technologically advanced casino resort. MGM Springfield also opened its doors up in 2018 along with the upcoming completion of Park MGM, ether are many coals on the fire for the group who still seems to be going strong.

While domestic and international challenges lie ahead, it seems that business is booming at MGM. The unexpected tax windfall ahs really hel0pd the company free up some cash to plow into their exiting expansion plans. Their work in Asia certainly can use all the help it can get.