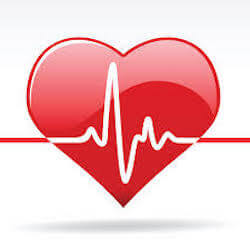 Coming right out of left field this week, Spinomenal has revealed their latest pokie called Reviving Love. It is about a mad scientist who is attempting to bring back his long lost love with science. This slot can be quite gruesome at times, despite its cartoony graphical style.

For example the reel symbols include a jar of eyes, a brain, a heart and even his lover’s preserved head. Even the standard reel symbols are made up of playing card symbols that look like stitched together meat.

The evil, or perhaps just misguided scientist joins you on the right of the reels, cackling insanely and celebrating each time players land a big win. Wins are generated by the game’s 243 ways to win pay system, meaning enough matches symbols simply need to appear adjacent to each other, not on a fixed payline.

Still this system only gives the game a 95.35% RTP here which isn’t too bad. The jackpot that players can walk away with goes to 100 000. The minimum wager amount Spinomenal has set here is 0.50 but it can be raised to an incredible 500. This should suit the high rollers out there just fine.

The mad scientist acts as a wild icon in Reviving Love, as if he could play any other icon in this pokie with his crazy hair and mad laugh.

He will appear occasionally on the reels during the base game, but randomly you can trigger an Extra Wilds feature where the doctor will appear up to 8 times on the reels after a spin. This feature is only active during the standard game, not during any of the bonus features.

The Doctor Of Free Spins

The free games are triggered by the symbol of the doctor holding the torso of his lost love. Three of these will award players with 10 free spins and a cash prize of 5x your total staked wager.

When this feature is active and players land a winning combination. That combination will remain in place while the reels re-spin. This feature only activates in the free game section.

The special bonus game in Reviving Love is very gruesome. It is called Spark the Love and it is essentially a bonus wheel game. The corpse of your love is attached to a bonus wheel and spin, each of her limbs stretched into a different section.

Where the bonus wheel electricity will be sent, reviving that body part, slowly bringing her back to life. Each body part will award players with a cash prize, but if you manage to totally resurrect her you will be awarded with the in game jackpot win.