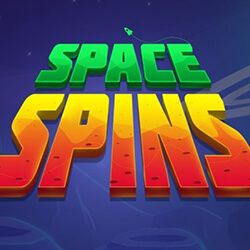 Space Spin is Electric Elephant’s newest online pokie that’s been added to Microgaming’s large collection of titles. With alien-inspired graphics and fast-paced gameplay, it’s one of the best editions to Microgaming’s library in recent memory. The game makes use of the standard 5×5 reel setup with 40 active paylines. There are 25 symbols in play, and three different types of expanding wilds that can see the player earn free spins. The game is set against a background of space, with all symbols and recurring characters being made up of aliens and astronauts.

The main bonus feature of Space Spins is the wilds, of which most of the bonus gameplay is focussed on. There are three variants of the expanding wilds that can be triggered, and can only land on the three middle columns. The first is the Rocket, which transforms toward the top of the reel that it lands on. The second is Shooting Star, which expands horizontally, taking over adjacent reels. Third is the Sunburst, which is a more explosive-like expansion, and transforms the symbols all around it.

Free spins in the game are rewarded to the player if they managed to land three scatters on the first, third, and 5th reels. With the three scatters, the player will be given a total of 8 free spins. During the free spins rounds, all the wilds that land on the reels will automatically become sticky, and will stay on the reels for more than a single round.