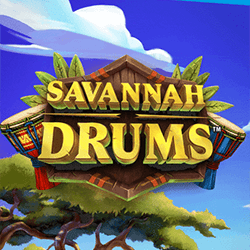 There’s nothing quite like the beat of an African drum for creating feelings of excitement and anticipation. And this is exactly what’s at the heart of Scientific Games’ latest big online pokie creation, Savannah Drums.

The game has been scheduled for release in December, meaning it will be ready in time for the holidays.

Sporting 5×3 reels and 20 paylines, players can look forward to potentially banking a top Jackpot prize of up to 29,445x the basegame wager. Also included are several big-bonus features and symbols such as Scatters, Free Spins, four types of Modifiers, and Wilds.

The Drum Modifiers are due to become a big hit among players. Four different types have been included in the bonus line-up, with two or more Scatters required as the trigger. The Modifiers are:

Landing three or more Scatters simultaneously from a single game-round will kick into action the Infinite Free Spins feature. What’s great and certainly different about the feature as far as free games go is the indefinite number of spins on offer. With no set number awarded at the start of the feature, the free games will continue to spin until such time as the Sunrise symbol appears in view.

The theme is beautifully inspired by an African Safari, with symbols including an Elephant, Rhino, Lion, and a majestic Eagle.