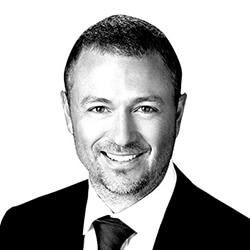 Matt Davey is set to depart from his position of CEO at SG Digital after less than a year in charge of their Scientific Games subsidiary. Jordan Levin, who is currently the senior vice president for the corporate development and former president of SG Interactive, is set to take over the role at the division from the rest of the year onward.

Davey was originally the CEO of NYX Gaming Group until it was bought out by Scientific Games in a CAD$775 million acquisition earlier this year in 2018. NYC sports betting and casino tech was integrated with SG Interactive’s products and services, which would go on to form the SG Digital division just a month later, and Davey was named as the chief executive. Levin, who had led the acquisition and integration, has since been promoted to executive vice president as well as group chief executive of SG Digital.

As the company continues to expand its current online portfolio within the US following the repeal of PASPA. Levin will take over responsibility for developing the strategy for the division, and will oversee all of their future business functions. Speaking to reporters, Scientific Games president and chief executive Barry Cottle said that Jordan’s former experience will prove valuable as he formally takes over their rapidly expanding sports betting and digital games businesses. Levin has been described as a driving force behind the company’s interactive and digital strategies since joining in 2006.