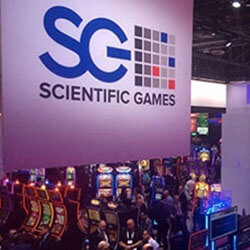 Scientific Games has recently unveiled plans for a possible initial public offering for a minority interest in its social gaming business. The company has also cited that its buyout of NYX Gaming Group is one of the driving reasons behind their 7% year-on-year increase in revenue during the third quarter.

The operator has stated that the IPO might take place next year in order to provide greater flexibility that will allow them to pursue other growth initiatives, and to unlock additional value for stakeholders.

Scientific Games has also stated that it intends to use the money gained from the IPO to repay their outstanding debt. CEO and president of Scientific Games, Barry Cottle, told reporters that they remain focussed on delivering services to their customers and running their business efficiently to increase revenue, as well as to reduce costs and build momentum within the company.

The company has also reported its financial results from the last three months to the end of September, reporting revenue amounting to $821 million. Part of this was a $6.5 million contribution from NYX. The acquisition of NYX was completed in January earlier this year in a deal worth $587.9 million; a move that Scientific Games said would create a gaming and lottery powerhouse.

Cottle has said that they are pleased with the growth in the business. He added that their sports betting, new games, and digital investments are producing some of the most innovative products in the market, and that they looking forward to customer response.