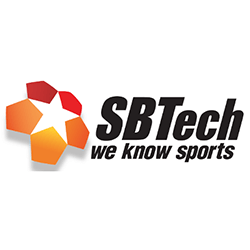 SBTech has recently announced the expansion of its iGaming platform thanks to a new partnership with online games developer Red Rake Gaming.

Red Rake’s most popular titles will now be made a part of SBTech’s distribution to their operator partners in a number of regulated markets that include Portugal and Romania. SBTech chief commercial officer Andrew Cochrane has said that they are pleased to confirm their latest casino partnership, and that Red Rake Gaming is a rising star within the industry, which they’ve been monitoring for some time.

He continued by saying that the developer’s ambitions fit perfectly with their current strategy of operating in as many regulated markets as they can, and they he is certain that Red Rake’s content will becoming a key component in their multi-vertical offerings in the future.

Managing director of Red Rake, Nick Barr, has stated that the partnership will be a historic moment for the operator as they begin their new partnership with one of the iGaming industry’s most prominent platform and sportsbook providers. Barr added that SBTech continues to move and expand into markets around the world, and that everyone working at Red Rake Gaming is thrilled to be a part of that expansion.

He finished off his comment by saying that they are now focussing on extending their offerings, and creating more engaging player experience, as well as delivering the best value for the SBTech operators, and that he is looking forward to seeing positive results.