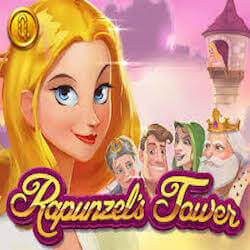 Discover The Fun Of Rapunzel’s Tower

The continued success of Disney and Pixar films go a long way to show that even as adults we still enjoy animated films and media. While regulators in for instance the UK have frowned upon developers making use of animated characters in their games as it may attract children, it is nice to know that there are still developers like Quickspin who simply follow their creative instincts and develop their slots with passion first.

Rapunzel’s Tower is certainly a great looking game with smooth animations and of course a whole host of animated characters that range from a wicked stepmother to the valiant prince who is tasked with rescuing Rapunzel from her tower prison.

Rapunzel’s Tower may not be reinventing the wheel but it certainly has enough features to stand on its own merit. There have been many fairytale themed pokies released over the years so Rapunzel’s Tower will certainly be up against some strong competition. The 96.25% Return To Player rate is very promising and the max bet of 200 is quite impressive.

The reel layout features a 5×3 design with 20 paylines, quite an average setup. Where Rapunzel’s main draw will be is of course the bonus features. What slot would be complete without a selection of great prizes.

Rapunzel’s Tower kicks off the features with a special Wild bonus. The trigger symbol is Rapunzel’s golden hair tied with a purple ribbon. While this symbol acts as the game’s wild icon, it is also involved in the Wild Re-spin feature. Here as long as three wilds appear on the reels at the same time, they will lock into place and the reels will respin once. These special wilds will only appear on reels 2, 3 and 4.

There is a second wild icon that features Rapunzel herself. These icons just act as standard wilds but they are made a bit more special since these wilds also award a payout of up to 35x your staked wager.

The main feature here is the Tower Free Spins feature. It becomes activated by landing at least 3 of the bonus symbols on reels 2, 3 and 4. Players immediately get 10 free spins but they can unlock more free spins during the feature, but only a maximum of 8 additional spins.

While this feature is active you will see the dashing prince attempt to climb Rapunzel’s Tower and rescue her. Depending on how far he makes it up the tower, players can earn additional free spins and multipliers.