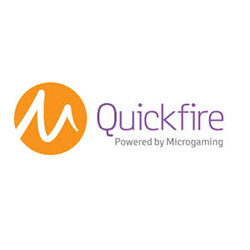 Microgaming, one of the world’s prominent leaders in online casino gaming, has recently announced publicly that it has cemented an agreement to sell distribution business Quickfire, including its large portfolio of online games, such as its progressive jackpot titles that have become favourites for millions around the world. The library of games and the distribution business will be sold to competitor Global Games Limited.

It’s considered by many to be a landmark sale, and it’s expected that it will be completed during the second quarter of 2022. Global Games, which is a relatively new player in the industry, will need to undergo some regulatory approvals before the sale will be finalised.

The agreement, which has been outlined and announced to the public, sees Games Global acquiring the distribution rights internationality for exclusive gaming content from Microgaming. On top of this, the company expects to take on its large customer base, complete with more than 900 well-known gaming brands from around the world. Microgaming has confirmed that they will continue to offer some games platforms to specific customers, while also focussing on the licencing of its sports betting technologies.

Global Games is run by CEO Walter Bugno, who previously worked for Lottomatica and IGT, along with new CFO Time Mickley, who had worked at Playtech and SafeCharge. CEO of Microgaming, John Coleman, said in a statement that it was an exciting deal for them, and has been in the making for a long time.