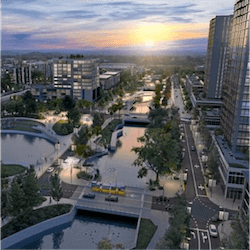 LNP Comes Out Against Casino Project

The Liberal National Party has come out against plans for a Sunshine Coast casino development project. Following the news last week that a Cambodian casino operator was in the state to scout potential locations for a casino development, the party decided to speak out.

The project is more than just a casino resort. The project’s main focus is the development of an incredible 50-hectare CBD in Maroochydore. The plans for a potential casino in the development was raised in 2016, and the additional jobs and revenue created by the casino were focused on by proponents.

LNP leader, Tim Nicholls has stated that he will back bans on any casino plans in the CBD project. He also claimed that the casinos construction would lead to 1000 additional pokies being installed in the region.

The party has also spoken out against constructing a casino resort on the Great Keppel Islands, despite local support for it. It would be an immense tourism driver for the region and bring in much needed local revenue and development.

The One Nation Party however has thrown their full support behind the casino plans on Keppel, focusing on the good it will do for the region with regards to tax income and potential job creation, not just form the casino itself but from the local economy that would spring up around it.

There are plans for a new casino complex in Belfast, Northern Ireland as well. The local city council are currently weighing up the options around building a £300 million casino development. The council will need to update the city licensing laws as they explicitly prohibit the construction of casinos in the city. Top operators have already supposedly been speaking to politicians and local business leaders with regards to the construction plans.

A councillor, Jim McVeigh said that right now they need to find out the will and mood of the people as without public support the project will not happen. He spoke of the benefits the project will have on tourism and the local hospitality sector. He also mentioned that there are international investors very interested in investing in the project. He said that the project will generate 1000 jobs but he did not stipulate if these will be permanent or temporary.

The council’s consultation proceedings will kick off on the 11th of December and finish on the 5th of March. Final ruling on the matter however could face a lot of delays as currently the Northern Ireland National Assembly has been suspended as the first minister has resigned.