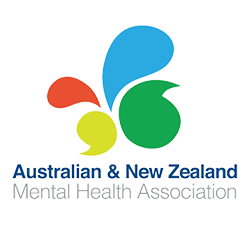 A mental health conference has caused outrage among psychiatrists in New Zealand due to the location the conference is meant to be held, with many saying it’s been done in ‘bad taste.’

The conference, which is held every year by the Royal Australian and New Zealand College of Psychiatrists, is set to be held at Auckland’s Sky City Casino. The choice has been defended as the venue offers, “a comprehensive scientific programme that will feature a full range of topics spanning the breadth of contemporary psychiatric practice and research.”

Sam McBride, the New Zealand Faculty of Addiction chair, told reporters, “We don’t think our mental health industry should be associated with gambling.” McBride spoke recently at a five-day conference, voicing his concerns over the choice for the conference and its later repercussions. “We feel discomfort partnering with an industry that causes addiction, knowing all too well the problems gambling poses on mental health disorders.”

Others, such as Doug Sellman, a psychiatry professor at the University of Otago, have outright refused to attend to the conference out of principle. He maintains that the conference would send the wrong message, and that the college doesn’t care about mental health, “when I know it does.”

“To be associated with an aspect of society that represents to much harm feels very wrong.”

Despite the outcry that the decision has made, a spokeswoman from RANZCP has said that the college has no other choice but to continue plans to host the conference at the casino. “There was nowhere else that was big enough to accommodate us but we do understand the concern.”