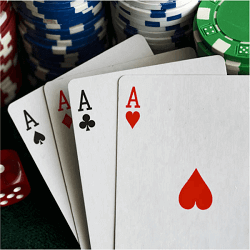 At the start of 2018, shared liquidity milestones throughout Europe reached a pivotal point that could affect the entire global iGaming landscape in the near future. January saw PokerStars launching its first shared liquidity French-Spanish poker site, combining player pools from both countries to create exciting new online opportunities.

Now, Portugal is also in the final stages of entering into the European shared poker liquidity agreement. Director of Poker Innovation and Operations at PokerStars Severin Rasset has recently explained that Portugal is prepared to launch its own shared market by Q2 2018, noting that he fully expects this prediction to be realised in just a few months.

Furthermore, French regulator ARJEL’s President, Charles Coppolani, has noted to local media that Portugal is close to realising its joining of the agreement, which was signed last year between France, Spain, Portugal and Italy. Coppolani also explained to RMC Sport TV that Portuguese regulators are in the final stages of preparing for the project.

The country’s verification processes are most likely technical in nature, and that problems could be stemming from differing anti-money-laundering laws in the four participating countries. For example, Italy has particularly strict regulations in place to prevent gambling fraud, while France’s own laws can be considered more lenient.

Portugal only regulated its own iGaming market in 2015, and began to grant its first online gambling licenses the following year. However, it was only in December of 2016 that players were officially allowed to play real money casino games on locally licensed online casino sites.