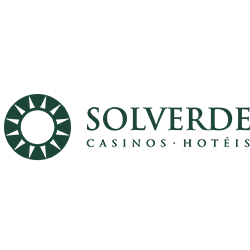 Online gaming technology giant Playtech announced a new deal with Portuguese casino operator CasinoSolverde. The new agreement would increase the presence of Playtech in the regulated market of Portugal, and would provide the technology and content supplier with more exposure through its work with one of the biggest players in the local gaming scene.

The team so the deal see Playtech’s IMS player management platform powering the Portuguese casino’s online operation as its new, core platform. This will allow the casino to roll out any of the games released from the provider, while also making use of its tools and capabilities as a part of boosting its performance and profit margins.

The announcement comes after news was released that the casino would be going live with the full range of gaming titles from developer and supplier iSoftBet. CasinoSolverde had entered the Portuguese online market in September of 2017, when it was granted a licence from the local regular. They hold one of 18 licences that have been issued from the government agency under their new gambling regulations. The country reorganised its market in 201, and their first regulated operations began in the nation a year later.

Despite the high tax rates, it stated that the local market has still managed to attract some of the biggest players in the industry. The industry, however, is still currently lobbying for a revision to its tax system, and lawmakers in the country say that they are ready to reconsider.