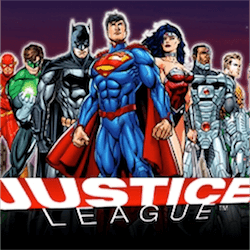 Playtech has clinched a massive deal with DC comics. They have received licensing rights to develop pokies with DC characters including Batman, Superman and the Justice League. This is a massive win for the company who has already seen ridiculous success on their Marvel line of pokies.

This new deal is sure to spell even more success for the company, especially with the Justice League movie set to come out soon. DC studios are hoping to launch a new franchise so this deal could get exponentially more lucrative for Playtech.

A trailer has been released for the pokies that are set to be released on the 17 of November but there has been no concrete details on the pokies features or look and feel. The first trilogy of games to be released is The Dark Knight Rises, Batman v Superman, Suicide Squad and Justice League.

The trailer does a great job of emulating the movie trailers but all fans were shown were the game logos. It is nearly a foregone conclusion that these pokies will be a huge success for Playtech. The media ripped the Batman v Superman and Suicide Squad movies to shreds but they were still a financial success for Warner Brothers who are responsible for the DC universe films and media tie-ins.

The movies lend themselves to a variety of potential pokie design scenarios. Batman V Superman is the perfect candidate for a dual reel style pokie where both Batman and Superman get their time in the spotlight.

The massive number of characters that feature in suicide Squad and Justice League could potentially be a bonus laden affair with each character offering players a different on-reel bonus or feature.

Even though the line will feature many DC inspired pokies, the main draw is of course the Justice League. This film has turned into one of the most anticipated films of the year. Even with the apparent failure of Suicide Squad and Batman V Superman, the appearance of Gil Gadot as Wonder Woman has given the franchise a much need shot in the arm.

The film Wonder Woman was a massive success for Warner Brothers and it has already been green lit for a sequel. Justice League promises to combine Wonder Woman, Batman, Superman as well as Aquaman and the Flash in one film and expectations are through the roof.