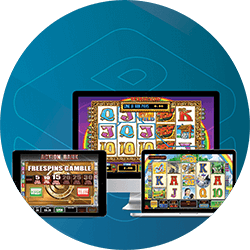 The Playtech Open Platform content aggregation service has recently been relaunched after a revamp, with the gaming provider having promised players and clients a larger variety of choice and functionality within the next few months.

Part of the improvements include allowing Playtech to recently connect the POP with its intended Marketplace – which is essentially an app store for a multitude of different games – while the POP has further been integrated with the provider’s IMS back-office market and management platform. POP will be sitting alongside the Gaming Platform As Service, also known as GPAS, and will offering building tools for developers.

A spokesperson from Playtech told reporters that by adding game identification, development operation, and management into a single platform, they will be able to create an ecosystem that will simplify content aggregation. The improved POP, which has since become live and is available to those with a Playtech licence, will provide users with access to their constantly growing library of games and software, which includes games from supplies such as Red Tiger, Blueprint, and IGT.

Buzz Bingo, who was given a new brand from Gala Bingo in 2018, is just one among several operators that will have access to the new POP service. Last year, they penned a new deal with Playtech that covered content delivery across both casino and bingo verticals, as well as access to their IMS tools, which are all linked directly to Playtech’s Engagement Centre – giving users a new range of tool management.