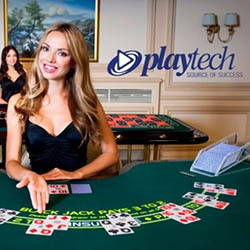 iGaming giant Playtech has released a new version of their popular live Quantum Roulette title. The game features a range of multipliers and has been based off of Single Zero Roulette rules. Multipliers from 50 to 500 times are available on certain straight up positions in every round of the game. In addition, at random times within the games, players will be introduced to a Quantum Leap or Quantum Boost feature to further enhance the opportunity to win big by increasing the multipliers. The Quantum Boost feature of the game increases certain multipliers by 50 times while multipliers are doubled or even tripled when the Quantum Leap event occurs.

In addition to the launch of Quantum Roulette, Playtech has also premiered their latest Blackjack variant in Majority Rules Speed Blackjack, which was developed in partnership with GVC Holdings. The new live casino game offers a unique community aspect with players voting on how their hands should be resolved. The game features two different modes, depending on how many players are seated at the table.