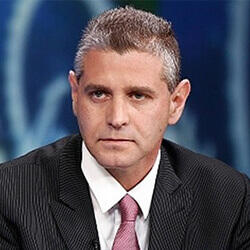 Mor Weizer, CEO of casino operator giant Playtech, has recently faced a revolt from investors after requesting a 78 per cent rise to his salary, a plan which the investors were quick to strike down.

In 2017, Weizer was paid roughly 4.2 million Pounds, almost double of what he made the previous year. The increase was justified by his, ‘exceptional leadership’ despite the company issuing a warning on profits.

Advisory firm Glass Lewis, along with International Shareholder Services voted down the report that requested the once-off pay bump. Glass Lewis has, in a statement, “questioned the necessity of such a significant reward in recognition of ‘exceptional’ ten years of leadership.” The firm, “views high fixed pay raises with scepticism, as such remuneration is not directly linked to performance and may serve as a crutch when performance has fallen below expectations.”

ISS said also stated, “Neither the company’s performance nor the disclosures justify the level of bonuses awarded in the year.”

Chairman of Playtech, Alan Jackson has told City AM that the board had, “listened to its shareholders and understood their concerns.” He went on further to say, “We are committed to working with shareholders to address the issues raised going forward.”