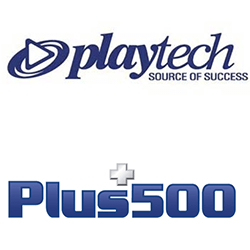 Online operator Playtech has decided to offload its 9.99% stake in their online trading platform Plus500. The decision has come as “no surprise” as the company maintains its efforts to refinance its debts in order to fund its recent takeover of Italian gambling operator Snaitech.

Playtech has confirmed in a regulatory filing that the sale would increase gross proceeds of an estimated £176 million, which would be used for debt reduction and general corporate purposes. Plus500’s five founders have also revealed their plans for a share sale that is said to be worth £145 million, which comes out at around %15.00 per share. At that price, their shareholdings are essentially halved to roughly 8%, which is partly due to their hope to diversify their investments while simultaneously increasing personal revenue.

Goodbody Gaming and Leisure, financial analysts who have been following Playtech’s recent changes, explained that the recent Plus500 developments have come as no surprise, and that Playtech’s refinancing to cover the costs of the Snaitech buy-out will be expected in the next few months.

This comes just a month after Playtech reported a 38% drop in net profit as compared to 2017, on a constant currency basis in the first half of £83.3 million. Earning before both deductions and interest had dropped as well by 13% to £145 million. This follows their acquisition of Snaitech, which was finalised at the start of August. The hope is that the acquisition will cover the risk involved over the next year.