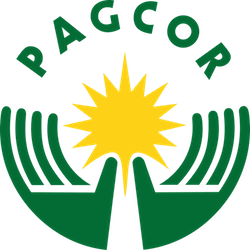 The Philippines have long had legal gambling in the country but it is run by a body called PAGCOR, the Philippine Amusement and Gaming Corporation. They not only function as an operator but also as a regulator.

While many countries have a similar set up for their legal gambling, in the Philippines PAGCOR essentially monopolized the industry with tough restrictions and stifling of competition in the gaming arena. Now lawmakers in the country have proposed a new bill that will take away PAGCOR’s function as an operator and make the body purely regulatory.

Since there have been special zones dedicated to both local and international legal gambling in the nation, PAGCOR has even more control than other regulatory bodies which has made competition in the industry near non-existent. Even though the laws in the country are quite restrictive, it still offers a great atmosphere and unique experience for gambling tourists who visit the country.

The new bill was introduced by Pantaleon Alvarez this week. He wishes to streamline the gaming industry in the country by merging the Gaming and Amusement board and the Philippine Charity Sweepstakes Office. The bill also proposes removing the above mentioned special economic zones where gambling is legal or illegal and essentially opening up the country to gaming investments.

The new regulatory entity will be named PAGA or the Philippine Amusement and Gaming Authority. The body will still retain its monitoring function within the country. It will be responsible for managing responsible gambling practices and protecting vulnerable individuals from predatory practices by operators. The body will also take on an arbitration role on resolving any issues that may arise between operators and their customers.

PAGA however will lose its licensing function, which will be taken over by the Philippine Legislature. Along with obtaining a legislative franchise to operate their casinos, operators will also have to pay a 5% tax based on their gross earnings. This tax would be dedicated to charitable causes around the nation.

If this new bill gets taken up, then existing licensees who signed with PAGCOR will have a year to reapply for the new gaming licenses. Currently this bill is being debated so the country and its operators will be waiting with baited breath on the outcome.