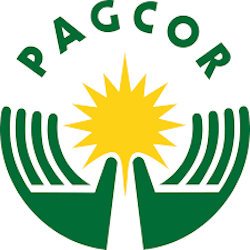 Just after plan was revealed that PAGCOR might soon lose many of its functions, the Philippine regulatory authority announced new land based casino restrictions. These new measures are quite comprehensive and designed to not just protect vulnerable individuals but also to protect the integrity of PAGCOR’s regulatory system.

The Philippines has one of the most strictly regulated gambling markets in the world and many in the government are pushing for new reforms to open up the country’s market more. At the moment the island nation is divided into special legal zones where gambling is allowed in set forms.

The new measures put in place by PAGCOR starts off with limiting the age of Casino patrons to over 21 year old players only. Additionally the new rules also explicitly bar loan sharks from entering casino premises.

The Philippines have had a lot of problems with these lenders preying on vulnerable individuals in land-based operations. They pose as patrons but they take advantage of players on a losing streak. These lenders are notoriously hard to capture as more often than not the actual loan shark would hire middlemen to secure the loans with gamblers.

Additionally the new rules also ban members of government who are directly involved in governance, any of its agencies and even members of the military, navy, police or any gaming licence holders. Any individuals who are already recorded in the National Database of Restricted Persons will also be barred from taking part in gaming activities.

Looking Towards The Future Of Gambling Regulation

Hopefully these measures will get carried over when PAGCOR eventually loses its main function and becomes a purely regulatory entity. While these measures can be perceived as harsh, they certainly help to secure the industry from corruption and malpractice.

The government plan is to make PAGCOR the regulatory entity while the Gaming Amusement Board and the Philippine Charity Sweepstake Office become combined into a single entity called the Philippine Gaming Authority, or PAGA.