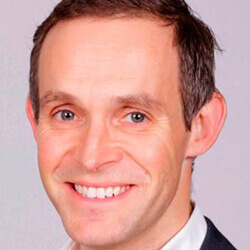 Peter Jackson, CEO of Paddy Power Betfair, has pushed back against the latest proposals of banning all gambling advertisements within the Republic of Ireland. The CEO has said that he believes lawmakers within the country need to find better ways of dealing with problem gambling.

President Michael Higgins made a suggestion last month of introducing a blanket ban that would halt all gambling ads in the country, in order to preserve the “integrity” of all sports within Ireland. Higgins also claimed that the dropping of ads from broadcasts would help with the gambling problems they are facing, but also explained that the country should not ignore the problem.

Jackson, however, has criticised the president’s suggestions, and has said that although they at Paddy Power Betfair want to see progress on problem gambling, a blanket ban on advertisement is not the right answer to the problem.

He explained that they hope to see some progress being made on the gambling control bill, and that they will continue to operate within the framework that is decided by the politicians.

Jackson points to the last advertisement ban that is taking place in Italy, which will see a full, outright ban on all gambling ads in the country. The move has been criticized by parties both in the industry and the public, with some organisations calling the ban counterproductive.

Whether the ban in Ireland will come into effect is yet to be seen, and it would be met with fierce resilience.