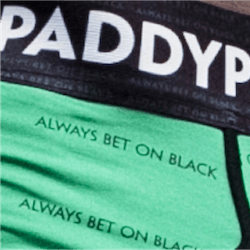 The rest of the copy continues that the site will pay out early in a win for Mayweather because they checked and he is the only person in the ring who is a boxer. The ad was run 3 days before the fight was set to take place.

The Case For The ASA

It was run in the August 23rd edition of the British paper, The Evening Standard. The Advertising Standards Authority stated that they received numerous complaints about the racially charged advertisement.

They went on to say that they do understand the term “Always bet on Black” was a quotation from a popular 90’s film, Passenger 57, but in this context, the reference does also attach racial overtones to the quotation as they quote is meant to directly refer to the fact that Floyd Mayweather is a black man.

Ironically the original use of the quote in the film is also used in the same way, with the African American actor, Wesley Snipes using it to say his white partner can rely on him.

The Advertising Standards Authority however did not see it that way and ruled against Paddy Power. Their recommendation was of course to pull the ad and ban it from being run again, which is not an issue since the match is already over making the advertisement null and void anyway.

The Rebuttal From Paddy Power

Paddy Power defended themselves by stating that they only ran the advertisement after receiving approval from Floyd Mayweather, who found the advertisement funny, but also appropriate. This is because Mayweather had “Always bet on Black” printed on his boxing trunks the night of the fight.

It may seem like a minor complaint but what may have played a big role in enough people complaining to warrant an investigation by the ASA in the first place was the racial undertones that were played up by the media for the fight itself.

Many articles focused on any potential for racism in the fight or promotions meaning people who viewed the ad may already have been primed to notice or find racism based on the articles they have read or the opinions they already held.

The end result of the ASA investigation may not have had any real repercussions but it is good that there is an authority that can still rule in principle and help advertisers to avoid the pitfalls of a racially charged society.