Packer Resigns from Crown Resorts Board 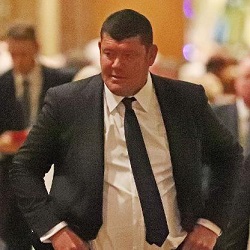 James Packer, the Australian billionaire, has reportedly stepped down as the director of Crown Resorts Ltd., the casino company which Consolidated Press Holdings Pty Ltd, belonging to Packer, owns around 47% of.

A spokesman for the investment company, which has the largest amount of shares in Crown Resorts, reportedly stated that Mr packer is suffering from issues related to mental health. He added that Packer thus intends to step away from all of his commitments.

Crown Resorts, for its part, in their filing to the ASE on Wednesday, cited personal reasons as being the cause of the move. A statement which accompanied the filing, issued by executive chairman for Crown Resorts, John Alexander, reportedly said that Crown Resorts has appreciated Packers’ contribution to the Board and respects his decision to step away from his role as director for now.

Packer first stepped down as Crown Resorts director in December of 2015, after he resigned as chairman in August of that year, being succeeded by Robert Rankin, former executive for Deutsche Bank. Then, in January 2017, the casino operator based in Australia made it public that Packer had been appointed as a director of the company. It was at this time that the then-executive deputy chairman for Crown Resorts, John Alexander, got appointed to the executive chairman position, which came into effect on the 1st of February 2017.

Packer is the twice-divorced only son of Kerry Packer, the Australian media owner who controlled the Australian Consolidated Press and the Nine Network, which later merged to become Publishing and Broadcasting Limited, PBL.