No Word On Keppel Island Casino 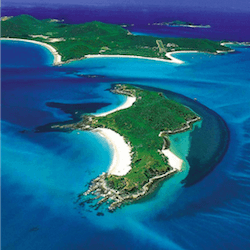 An ongoing plan to construct a luxury casino on the Great Keppel Island has been in limbo for several years now. Tower Holdings is the company that wants to construct an integrated resort and casino on the beautiful and famous island. The casino appears to be a key aspect of the construction plans as it will draw many investors who may be on the fence on the feasibility of such a large scale construction project.

Tower Holdings have been waiting for official approval from the Government, as they need to secure a gambling license for the resort. This venue could become the new Monte Carlo of the Asia Pacific region but before that can take place, the government will need to step up and fulfill their promises on the development.

Both the One Nation party and the Liberal National Party have previously shown their support for the project. The Keppel Islands residents are behind the development, as it would provide an incredible boost to tourism and the local economy. Located 15 kilometers off the coast and with the largest landmass, the Great Keppel Island, only being around 14 square kilometers in size, this Casino and Resort would be a great boon for the local infrastructure and amenities.

Queensland premier and Labour party MP Annastacia Pataszczuk has pledged a $25 million investment in the Island project but any mention of the construction of the boutique casino was not raised. She mentioned in general that the government would be spending $134 million in a variety of tourism projects centered around the Great Barrier Reef islands.

A Focus On Building Tourism

With a tourism industry that is worth more than $25 billion, these investments will offer returns much higher than their investment value. Seemingly wanting to jump on the bandwagon, the Liberal National Party pledged to invest $300 million in the Sunshine Coast Rail service. This investment is however unlikely to be as lucrative as the Keppel Island Resort project.

To compliment these tourism plans, a proposal was also made last week for a Cairns tourism hub, also set to feature a premium casino. Again government downplayed the key role the casino will play. In the current political climate, gambling certainly is being treated as a hot button issue, even though it has played a key financial role in many tourism projects.

Gambling still remains a very lucrative source of revenue for the government as well as a big tourism draw. Legislation in the past has also shown that a casino can be just as rewarding for the surrounding community as long as funds are appropriately distributed and employed.