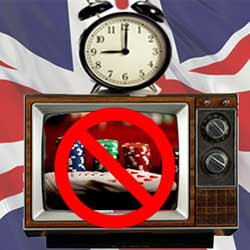 The New Zealand minister of affairs has publicly demanded that all the current gambling laws of the country be rewritten. This is being done in an attempt to get all casino-driven advertisement from being put on national television, essentially preventing casino companies from airing their ads, as has been the norm in recent years.

This comes in a time where Jackpot City, a Malta-licenced casino operator has been advertising their gaming site on New Zealand television. The adverts, according to some, are designed to trick customers into visiting the casino site.

Despite the accusations against JackpotCity, it was quickly pointed out that the advertisements that the operator’s airs on TV are in no way illegal, and that they were within their right to display ads as they saw fit, as long as they were within the guidelines of the New Zealand Advertising Standards Authority.

Tracey Martin, the Minister for Internal Affairs recently stated that the government had to put new legislation in place to replace the current ones, which were created before the casino industry evolved into what it is today.

Martin has said that her department has approached the channel that displayed the ads, Mediaworks, and asked them whether it would be possible to ban certain casino advertisements in the future. So far, they stated that Mediaworks has yet to officially respond, and that until new legislation is put in place, ads will continue to run as per usual.