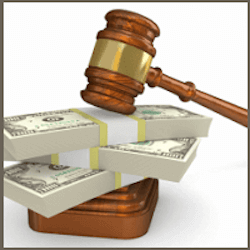 NJ And Others Fight PASPA Law

Sports betting is to be a hot button issue in the coming weeks in America as states and sports betting stakeholders battle the legality of the Professional and Amateur Sports Participation Act or PASPA. Currently the state of New Jersey as well as the New Jersey Thoroughbred Horseman’s association are filing briefs for an appeal case against the PASPA law and oral arguments will be heard on the 4th of December.

At the heart of the case is the fact that PASPA presumes to regulate state law on a federal level, which many argue is unconstitutional as the US constitution clearly states that each state can set their own laws. Even if the states could legalise sports betting, the PASPA law would prohibit the state from then regulating the gambling related to sports betting.

The choice of wording in the PASPA law is the main point of contention for opponents to the law’s passing. Both New Jersey the state and the horseman’s association submitted more than 30 pages of court documents to support their case and reasoning.

This sports betting law has been contested on two previous occasions, once in 2014 and once in 2016. Now more than 20 US states have put their support behind repealing PASPA. One of the most surprising supporters was the NBA itself.

NBA And Others Throw Support Behind Appeal

While it may not be a shock that the NBA is behind legal sports betting, what is a surprise is their vocal support of repealing PASPA. The entity announced that it would support lobbying efforts to legalise and regulate sports betting in the US.

At a recent sports betting conference, Dan Spillane of the NBA said that the half baked wording of the PASPA law means that legal sports gambling in a state will still be illegal on a federal level and that is no way to legalise sports betting in the US. It is a very similar situation to medical marijuana, which may be legal at a state level, but you could still be prosecuted at a federal level, which considers Marijuana an illegal drug.

The American Gaming Association also got behind the NBA and their opinions. They were at pains to state that they supported legal yet well-regulated sports betting. The Supreme Court will review the hearings of New Jersey’s appeal against PASPA and listen to oral arguments from the 4th of December.