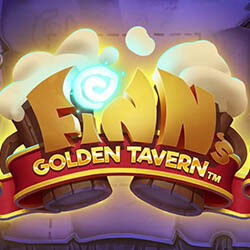 Online pokie supplier giant NetEnt has announced the release of their latest title in the form of Finns Golden Tavern, a game that has a leprechaun as its leading character and follows in the footsteps of a similar title that was released by the operator in 2017. The first game was named Finn and the Swirly Spin, and the latest iteration retains many of the same features that made the original a success, and will prove popular among fans of the first title.

The game is set across 5×5 reels, and Cluster Pays, combined with the Avalanches feature, have been included. Wilds, free spins, random bonuses, and increasing multipliers are some of the other bonuses that players can expect. Payouts are on the lower end at up to 1000x the stake, while the RTP is set at 96.10%.

Wild symbols will be regular within the game, and can be used as substitutes for all other symbols, along with increasing the game’s multiplier through the Multiplier Meter. First Slam is a random bonus that can be triggered during paid spins when no wins have formed. Once triggered, Finn will slam against the table, which results in coin movement and a win. Random Coin is the second random feature, and requires a chest symbol to be present, and once activated, all low value symbols will be turned into coins. The Chest Symbol moves around the reels, and once in a middle position, 5 free spins are automatically triggered.