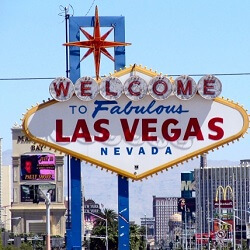 A collective of Nevada casinos have recently reported a continued win streak as the total winnings hit over $1 billion again in March, after the Nevada Gaming Control Board revealed its monthly gaming wins for the state.

This is the third consecutive month that the state of Nevada has been able to reach the threshold of $1 billion in gaming wins. They reported that while visitation to the state has decreased slightly by 0.9%, making it at a total monthly visitation rate of 3.75 million compared to previous months, the overall winnings earned by those visitors has increased by 3.4% in the same time.

The county with the highest winning amount belongs to Clark County, which reportedly brought in a total of $888 million, which is a 3.6% increase from last year. The Strip increased its winnings by 9.1% from last year, and earned a total of $573 million.

Among the games that earned the most, baccarat saw some of the largest growth compared to last year March at 114.8%, and money brought in by the game topped at $116.7 million. Table games in general saw vast increases, with most of them having at least double digit percentage growth during March.

Overall, this is the 38th time that Nevada has seen over $1 billion in monthly gaming wins, but the first time it has happened consecutively over a period of three months. Whether the trend is set to continue remains to be seen, but it’s evident that gaming in the state has been on an upward growth movement.