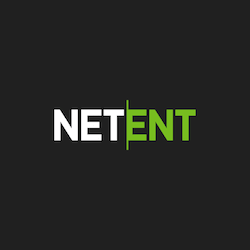 With that having been said, and mythology aside, the game does feature a pretty standard 3×3 reel set-up, along with 9 always active paylines for the classic win. But that’s not where the action stops, because in the event that three or more scatters on landed on the pokies’ reels during a single spin, a very special free games feature will see to it that additional reels are added to the left- as wells the right-hand side of the original reel-set.

Hot spot reels, once activated, offer some pretty amazing wins once the symbols landed on the special additional reels match those landed on the original grid. Once this happens, the game will automatically award the player with Respins. And best of all is that for the duration of a Respin, those wheels locked into place will for the duration of the special feature fix the same symbol into all positions on the reels. It’s not difficult to imagine the incredible win potential to be had from this feature alone.

Once the grid has been expanded to capacity, players are treated to a maximum of 29 paylines and a set of reels that is larger than life and more than able to make lifechanging combinations fall.