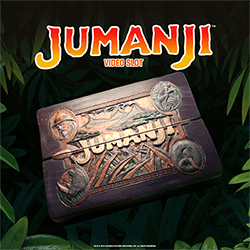 NetEnt, one of the biggest brands in the casino world, has announced their release of a new pokie that is based on the popular franchise, Jumanji. NetEnt has been in a number of deals with such companies as 20th Century Fox, Universal Studios, and South Park Digital Studios, which has allowed NetEnt to produce games using well-known IPs.

The latest from the developer is Jumanji, which is a franchise that was first made popular in the mid 1990s, and has seen a resurgence in pop culture thanks to the reboot of the franchise with the 2018 film.

The announcement of the game was made earlier this year after they revealed their partnership with Sony Pictures Entertainment. The film studio allowed the rights of the franchise to be used by NetEnt, who made it public that they were excited to be working with Sony, and to release a game fashioned after a franchise that was so beloved by the public.

Jumanji has now been released just six months later, and it boasts the same theme as the original film, with the special features inspired by the movie including the Wild Stampede, Sticky Vines, Monkey Mayhem, and Monsoon Wilds.

Jumanji has been made available for a number of platforms, but NetEnt has focused on making it touchscreen friendly, especially with the main feature, which allows the player to actually interact with the titular board game itself.