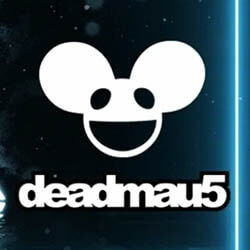 There’s an all-new branded pokie coming our way this October, and since its from casino games giant Microgaming, we’re really excited.

Titled deadmau5, the game is based on and named after popular Canadian DJ Joel Thomas Zimmerman, aka Deadmau5 (pronounced “dead mouse”). The new pokie is set to sport the same mouse-like headgear typically donned by the famous techno music mixer and as such, will be every bit as recognisable as the human inspiration behind the creative new game.

The game’s 243 ways to win payline setup will be affixed to a grid 5×3 reels large – all of which will make maximum wins of up to 2,100x the player’s original bet a possibility. There are also special bonus features thrown into the mix, including most notably the well-known Rolling Reels feature, a Free Spins bonus game, Wild Reels, and Multipliers of up to 10x the value of the current win.

The Rolling Reels mechanic is obviously the feature most likely to make of the upcoming new pokie a top performer – with Rolling Reels removing existing winning combinations to make space for new ones on the reels.

The Wild symbol, when landed on reels 2, 3, and 4, will substitute for all standard symbols by forming new combinations. This should however not be confused with the game’s Scatter symbol which, when landed in combinations of 3 to 5 anywhere on the pokie’s reels, will trigger anywhere between 15 and 25 free spins – no to mention even a potential 250x Multiplier.