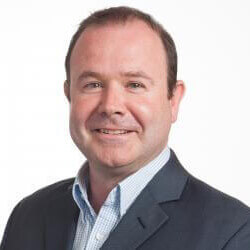 Microgaming, one of the biggest online operators in the world, has recently announced its intention to promote Andrew Clucas and Jean-Luc Ferriere to senior positions within the company. The news comes after it was made public that a new CEO, John Coleman, had been appointed to manage the company, which was announced last month.

Clucas’ new position will see him take on the role of Microgaming’s chief operating officer. Clucas, who has served as the director of Quickfire from September of 2016, has overseen large growth within the company over the last two years, the most that the platform has seen since its first release in 2010.

Coleman told reporters that Andrew has played an important role in the operational success of the company since he joined up a year before Quickfire was launched, and that he has achieved consistently outstanding results in teams of business development, sales, and regulating the market.

Ferriere will be installed as the chief commercial officer of Microgaming, and was promoted from his previous role as director of Network Games, where he played a central role in the promotion and development of the company’s bingo and poker products.

Coleman went on to say that Jean-Luc has been part of their business for the better part of two decades, and that that his loyalty to Microgaming was an achievement of its own. He lastly added that Ferriere’s commercial expertise has seen countless successful deliveries of the various services the operator offers internationally.