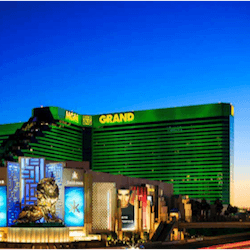 American Casino Stocks were shaken this week following a mass shooting on the Las Vegas strip. Gunman Stephen Paddock was a high roller customer at the Mandalay Bay Resort and Casino, owned by MGM who saw the biggest fall in their stock prices.

Their market value was also adversely affected by the announcement that they will be delaying the opening of MGM China’s new Macau casino. Set to be located on the Cotai Strip in Macau, the current building progress was severely hampered by Typhoon Hato in August that caused extensive damage in the city.

In September alone, gambling revenue in Macau saw a 16% jump to $2.7 billion and MGM are anxious to get into this lucrative market. The region has seen revenue grow for 14 months in a row, but the company and investors will have to wait till early next year to start seeing their stock prices get a boost from the new casino’s opening.

Since Macau is China’s only legal gambling district, it is vital for MGM to get a foot in the door at the Cotai Strip. Other companies who have tried expanding into China have seen their executives arrested and assets seized, so MGM would not want to put too much pressure on the Macau authorities to resolve the damages caused by Hato. For now the company may be happy for the delays, as they almost certainly will have a lot of fall out to deal with on the home front.

The Fluctuations This Week