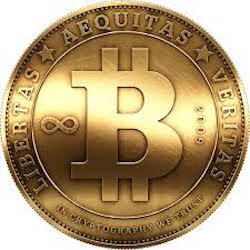 The Malta Gaming Authority, in a speech at the International Association of Gaming Regulators conference, stated that the organization is fully committed to embracing all new technology in order to remain at the forefront of online gambling.

They believe being open to new technologies will keep Malta as the most important destination for new financial technology and international gambling. In a panel aimed at discussing and deploying new online technologies, Executive Chairman Joseph Cuschieri also showed his commitment to new services being embraced by the industry. He said that instead of moving away from innovative new technologies, regulators in the industry should be grabbing them with both hands and incorporating them. He said that it is also the regulators responsibility to create the right environments for these innovations to flourish.

The use of Virtual Currencies at online casinos was also widely discussed at the conference. There may soon be a move by Malta to start accepting other crypto currencies at online casinos. The industry has been waiting for a move by Malta on the subject with baited breath. The MGA and PwC recently completed a preliminary study on the effect of the introduction of crypto currency on the Maltese economy.

In response to the findings of the reports, the government has started a small sandbox trial of using crypto currency in an attempt to gauge what effect the use of this currency will have on the Maltese economy.

The future of Malta’s gaming regulations is currently in limbo. The online gaming industry has grown rapidly in the country and the government has taken steps to create a new regulatory system designed to cope with the rapid recent growth in the market.

The first draft of the new legislation should be revealed by the end of the year and presented to the government for approval. Currently one of the tabled changes to the current regulation will be to change how gaming licenses are issued. Instead of dividing licenses up into the specific gaming categories that an operator will be working under, the licensing will be simplified. The new proposal will be that there are simply two licenses. A business-to-business license and a business to consumer license.

This new licensing system is being lauded as a way to not only streamline application and cut admin costs, but also as a way to draw new business while maintaining a great standard and sustainable regulation.