Haunted House To Scare Up Success 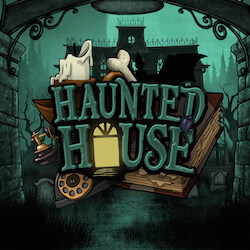 Danish developer Magnet Gaming revealed their new slot this week called Haunted House. Naturally this announcement comes just ahead of Halloween meaning this game is sure to get a few spins from horror fans.

Haunted House is a three reel slot but definitely does not have any of the classic 3 reel fruit machines aesthetics. It completely immerses the player in a spooky atmosphere from the opening ambience to the misty graveyard background.

Magnet Gaming may be a relatively new developer, having started in 2014, but they have been expanding their library aggressively and quite shrewdly decided to work on HTML 5 from the get go in order to corner the lucrative mobile gaming market.

Magnet Gaming recently won recognition from their parent company CEGO ApS when statistic showed that Magnet Gaming titles had much higher customer retention over a 12 month period compared to other Danish providers.

Magnet is hoping that this timely Halloween themed release will get them more international recognition. From what has been seen so far, they have another solid title to add to their library. The progressive Jackpot is always an attractive feature, especially since there are two present in this pokie, but with their relatively low seed value it is unlikely that players will sign up just for the sake of the jackpots.

Finally there is the Haunted Hallways feature where you must chase and attempt to catch a ghost roaming the Haunted House from the pokies’ title.

Magnet Gaming could be looking at a sleeper hit this October with the release of the Haunted House pokie. While it does not do anything new, the well design play mechanics and rewarding features puts this pokie above many of the Halloween releases this year.