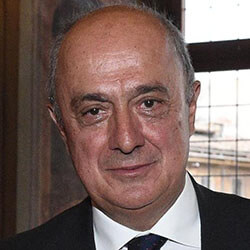 Gaming and lottery services provider International Gaming Technology has announced the appointment of Lorenzo Pellicioli as the new chairman for the company. Pellicioli was formerly a vice chairperson at IGT, having been in an acting role as head of the board since the departure of Phil Satre. Satre moved on to become the vice chairman of US-based operator Wynn Resorts, a parent company of Macau-based operator of the same name.

IGT has also named James McCann as the vice chairperson, taking over Pellicioli’s vacant position, with McCann previously having served on the board since 2015.

Pellicioli, commenting on his new position, said that he is looking forward to working with the senior management and directors to continue their success in the future.

IGT’s revenue has declined by 5.4 per cent year-on-year too $1.16 billion as reported for the third quarter of 2018, in comparison to $1.22 billion from the previous year. Net income was nearly $22.3 million during the July-September period, as compared to a loss of $803.6 million for 2017. IGT has stated that at the time that their total gaming revenue decreased by 23.4 percent year-on0-year to $98 million in three months ending on September the 30th.

These numbers exclude the North American and Italian markets, and IGT did not provide any information about performance within the Asian market for the same period of time. This comes as IGT expands further into the US market, having started operations within the state of Mississippi.